Scotch Whisky PGI. 2008Protected foods visited the Glenkinchie Whisky distillery in Tranet, East Lothian region of Scotland. Along with 15 other visitors we enjoyed a very informative tour, with of course some dram sampling at the end.

We learned about the process of turning barley, malt and yeast into whisky – simple ingredients but a very complicated process. Glenkinchie single malt has been made on site for nearly 200 years and can be bought as a single malt or blended – Jonny Walker and Dimple for example, the latter containing a higher proportion of Glenkinchie. 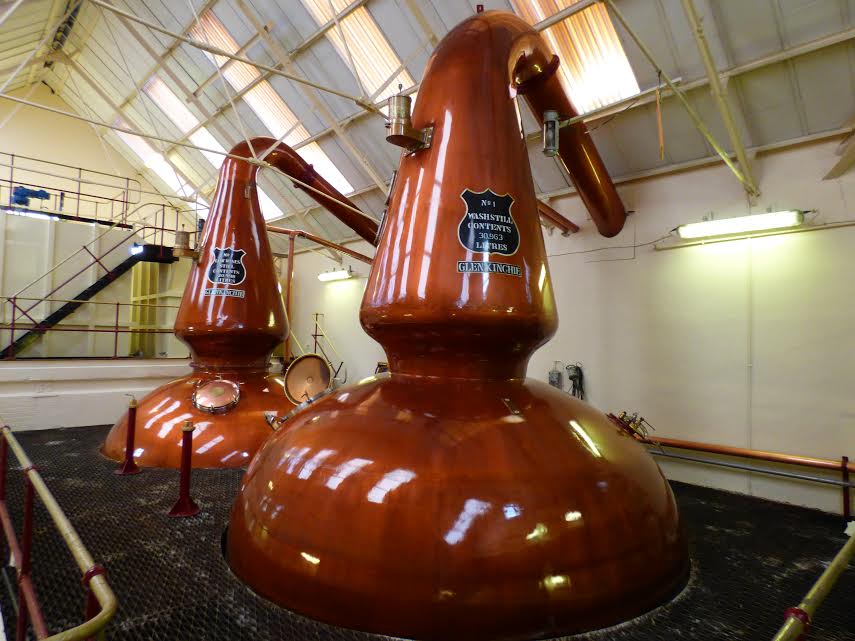 I tried grain whisky for the first time and I really liked it, as you might know Mr D Beckham has his own brand “Haig Club“. Grain uses wheat instead of barely and the distilling process is quite different. If you like blended then  you will have tried Grain as it is the basis for blending. Without it there simply wouldn’t be enough Scotch to go around. Incidentally, the French are the biggest consumers of Scotch in the world by a long shot (no pun intended).

Single Malt or Grain or blended

After the tour we tried Glenkinchie 12 years old and were then offered three other drams from the distillery’s collection. We were instructed to smell with our mouths open as this increases the sense of smell, taste the dram and try to pick out the different characters of the whisky and then taste again after adding a dash of water to the dram. I thought adding water was sacrilege but apparently water helps to calm the whisky and improve tasting notes. There’s a chart below that shows the characters and notes of all the classic whisky areas.

My choice was Haig Club, Glen Elgin,  Benrinnies (15 year old) and Dimple (I know that’s five but my son didn’t want his last dram). As a blended whisky  Dimple was my favourite, the Benrinnes was my favourite single malt, although it’s not something I’m proud of and I think Brian (our guide) was appalled, I really liked the David Beckham’s Haig Club.  It’s sister wheat whisky Cameron Brig made in the same distillery was rather good too. I got the impression that wheat whisky is not for the connoisseurs, having a much lighter and less complex taste structure. 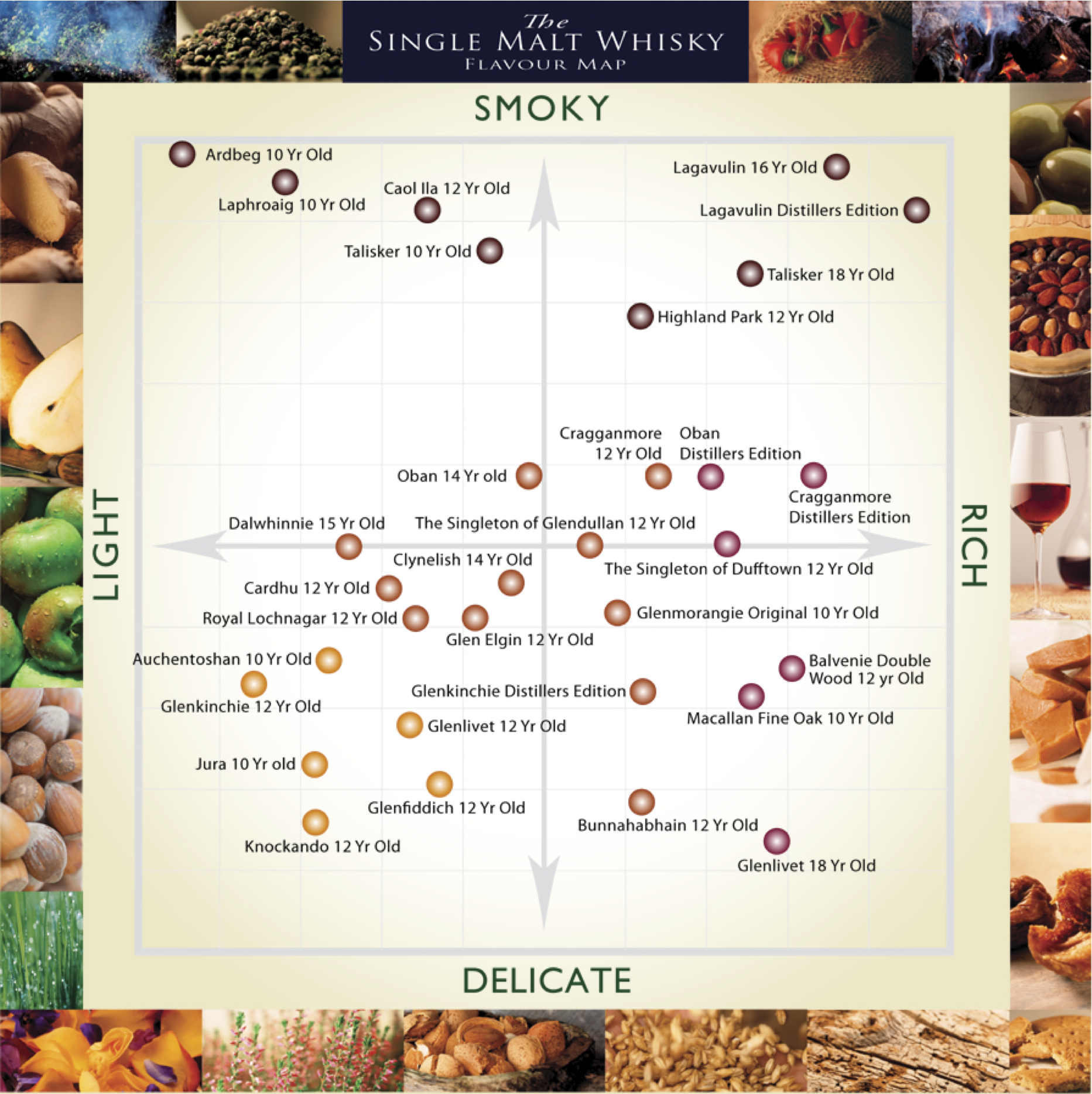 If you like the idea of doing a whisky tour or three make sure you get your whisky passport as, once you have this, entry is free to the distilleries and more importantly so are your four drams. Once you’ve completed 20 tours you’ll be presented with a whisky Quaich. Whisky is such a huge product to cover so I will be adding more tastings and info as time goes by.

There’s many places to buy Whisky. Some though are not that easy to find on the high street and you may have to visit the Distillery or a specialist.

Lidl are currently selling 22, 25 and 35 year old single Malts, I haven’t tried them but if you go by their other wines and spirits they’re probably rather good.